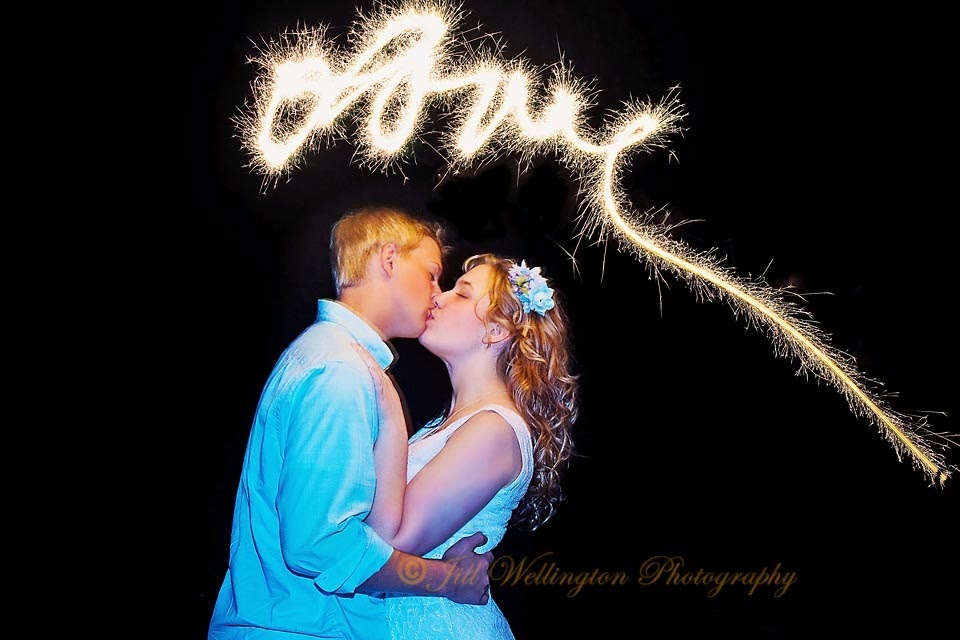 To learn more about photography,
sign up to receive my NEW Newsletter.
The sign-up form is on the upper right of this blog.
With the Fourth of July just days away, I want to share how
to photograph sparklers and keep the people in focus.
Love birds Emilee and Nate were excited to pose for me, and brought along
Nate's mom Missy to do the sparkler writing.
You will need:
a DSLR camera with the BULB setting and a tripod.

ISO: 100
A flash.  You can use your on-camera flash, but I used my speed light.
Set to rear-curtain flash.  (Read your manual to find out how to do
this on your camera or flash.)
A helper to do the writing.
20 inch sparklers and a lighter
A strong flashlight 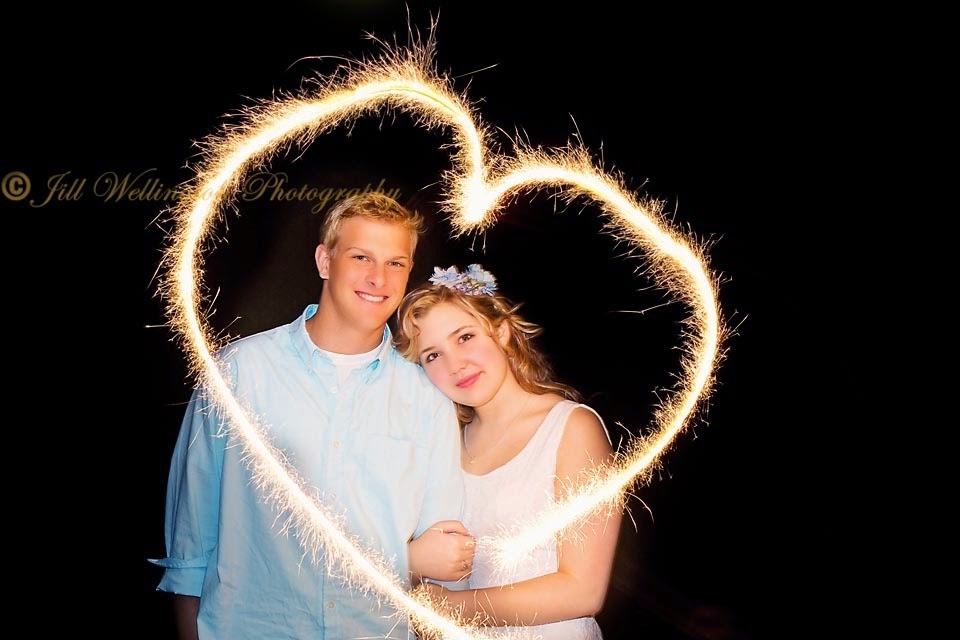 Set your camera on the tripod and
shine a bright flashlight on the subjects
so you can get a focus. Now set the focus button on your lens
to MF (Manual Focus) to lock it in.
It's important that your subjects not move forward or backwards
after the focus is set, or they will be out of focus.
With an f8 you will have
a decent depth of field so with the focus set, it should be fine. 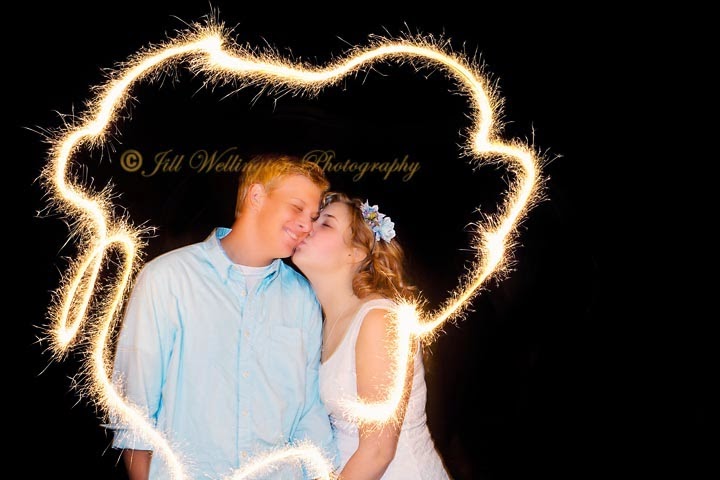 Missy did all the sparkler writing.
This allowed our subjects to remain perfectly still.
Have the writer light the sparkler, then place it where they will
begin writing.
I told my subjects to hold still while I counted down
3-2-1...then I clicked the shutter and held it down while
the writer wrote with the sparkler.
With Missy's back toward the camera, but the lit sparkler to her left
so her body wasn't blocking it,
Missy quickly created the sparkler design, then
immediately left the frame.
As the camera operator, I held down the shutter button
and the moment she left the frame, I removed my
finger from the shutter button and the
FLASH went off.
By setting the flash to rear-curtain...it fires at the END of
the exposure.  This lights and freezes the subjects without
washing out the sparkler writing.
Like magic...the writer doesn't show up in the photo! 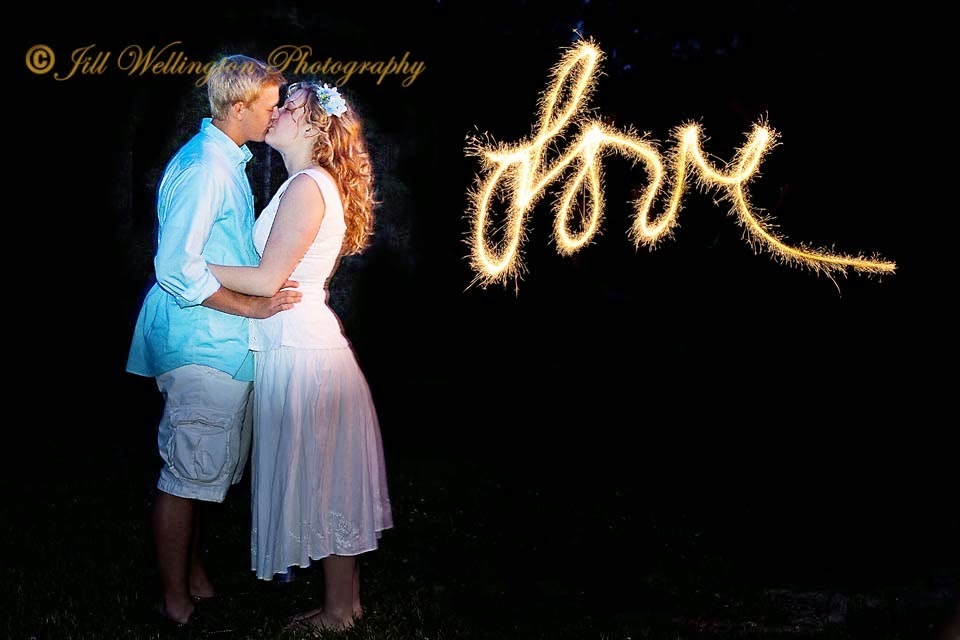 If you lift your finger off the shutter button
before the writer is out of the frame, they will
show up as a ghost in the photo like this: 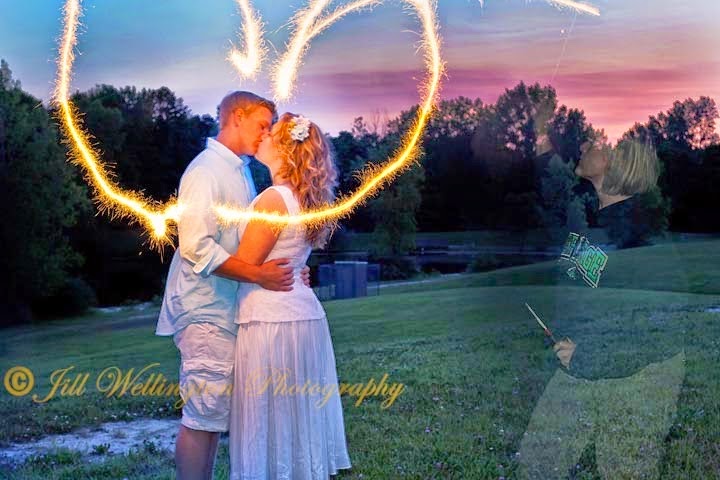 We actually took these photos in two locations.
I wanted a pretty sky behind them, so we shot on top of
a hill at our local park about a half hour after sunset when the
sky is a rich blue/purple.
Here in Michigan, that was between 9:45 and 10pm.
We were happily shooting when the park employee
told us the park was closing. 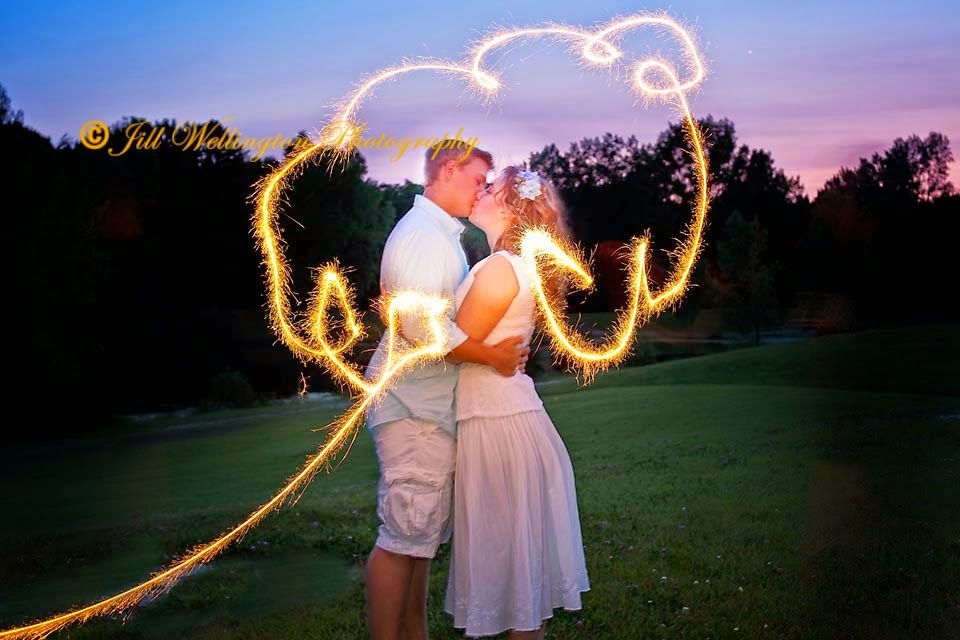 We fired off another shot, then took the darker photos
above in my backyard. 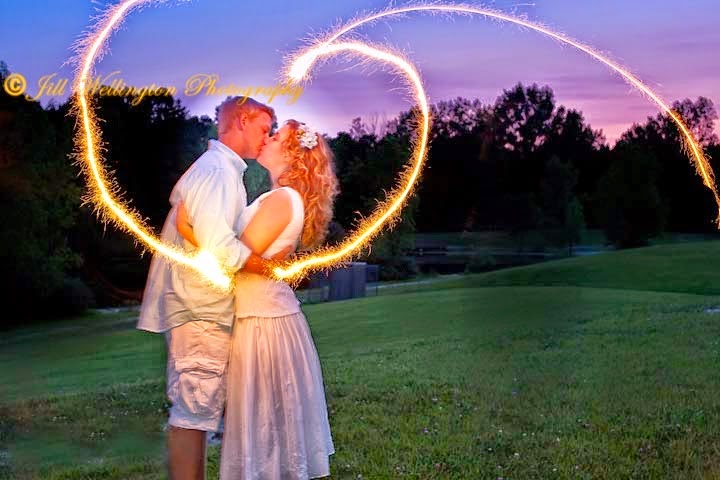 This technique takes some practice.
We had many duds and blur before we finally got the hang of it.
If the subjects moved even slightly, we got blur: 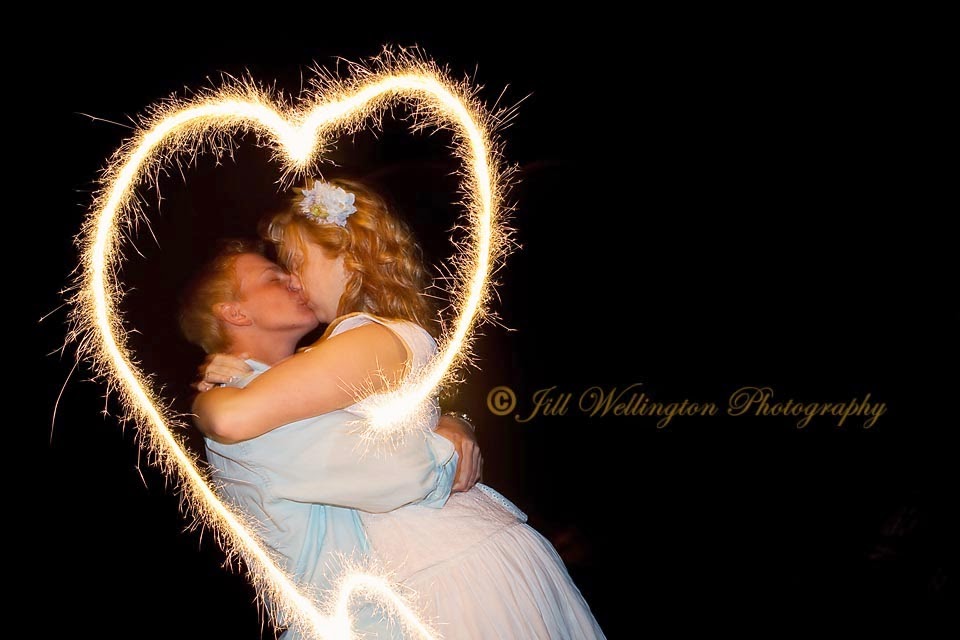 I hope you try this and get some amazing photos.
Have a BLAST! 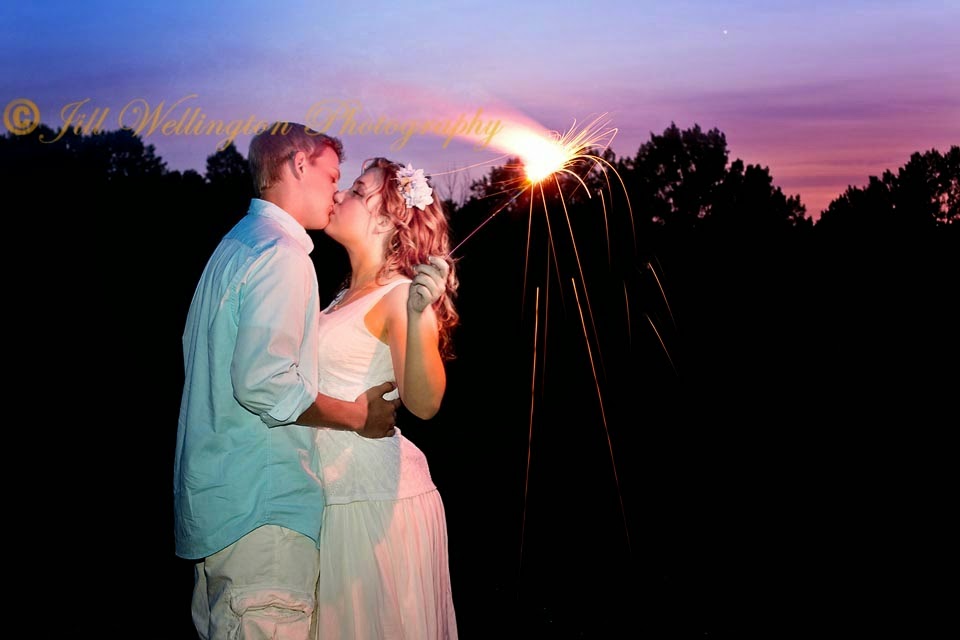