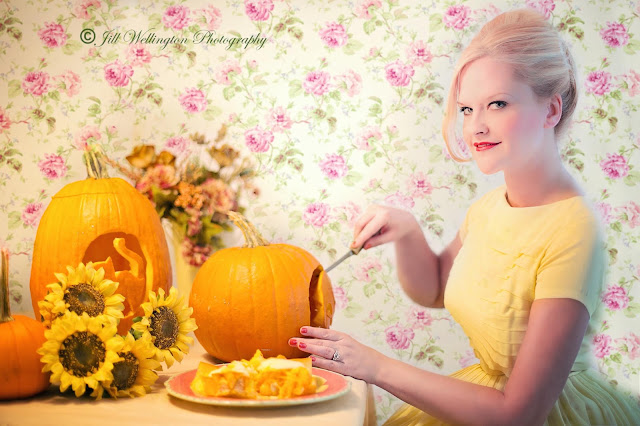 Time for our Autumn Vintage Val shoot and this year
Val thought of a Halloween theme.

I decided to shoot in my own home because it's much easier,
but my kitchen has maroon wallpaper that does
not look vintage 1950s.

I created a pumpkin carving set on my kitchen table,
but as we began to shoot, I did NOT like the dark wall.

That's when my photo pal Lucy came up with the brilliant idea
to set up my white boards behind the scene and
add vintage wallpaper in Photoshop!
Click here for the blog post showing how to create a white board for CHEAP!

This is how it looked with the white boards.

I cloned out that seam between the two boards... 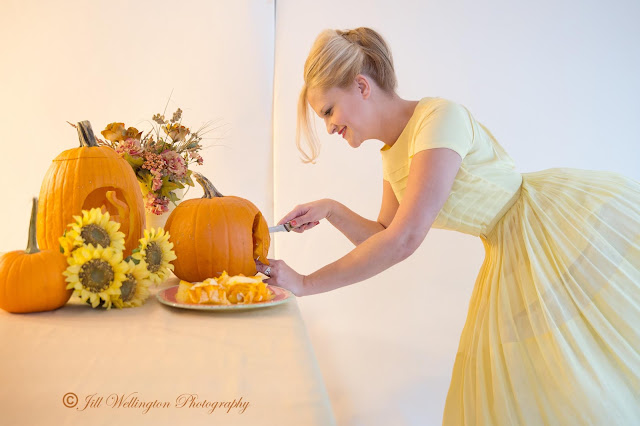 And added the pretty wallpaper! 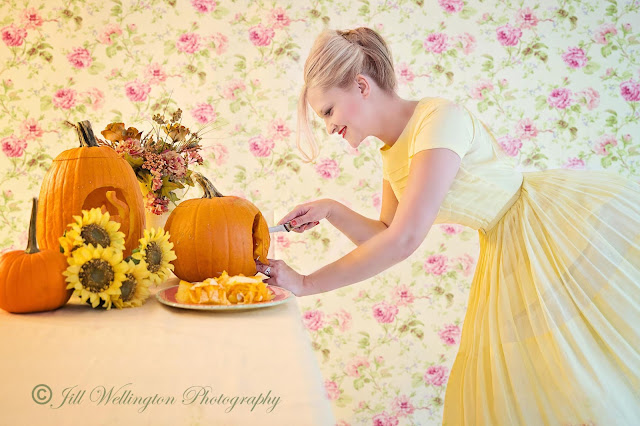 It worked brilliantly and this fulfilled my vision for VINTAGE!
Thanks to Lucy who thought of the idea.  You can use the
same technique in many similar situations where you want to change a background. 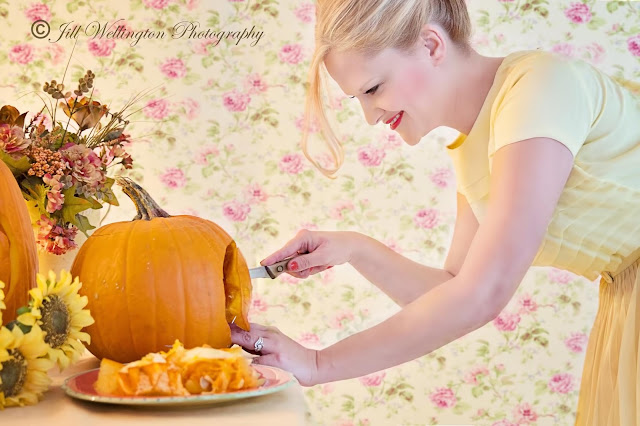 We shot this at 6pm on a dark, cloudy evening.

We were actually in the middle of pop-up snow storm
here in Michigan that left an inch of snow BEFORE Halloween! 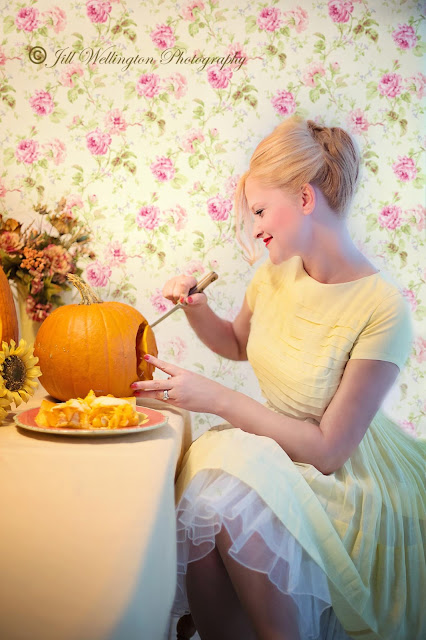 I wanted a different angle for the finished pumpkins shots,
so we just moved the white boards in front of the window
to block the falling snow! 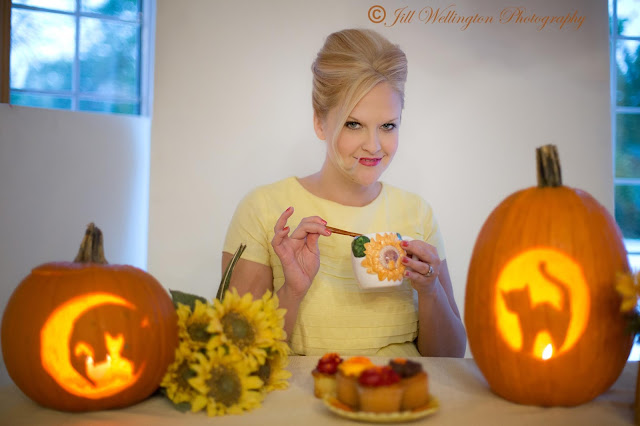 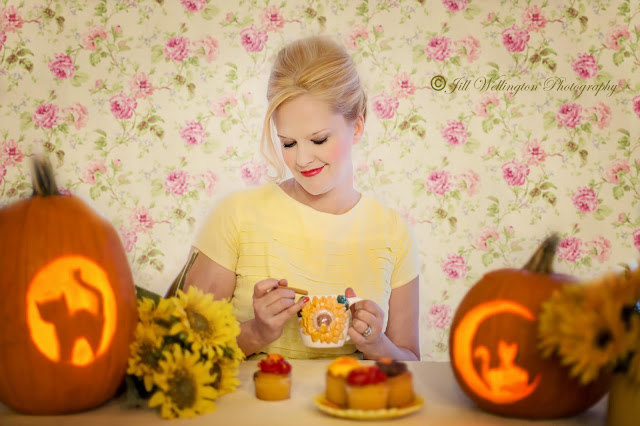 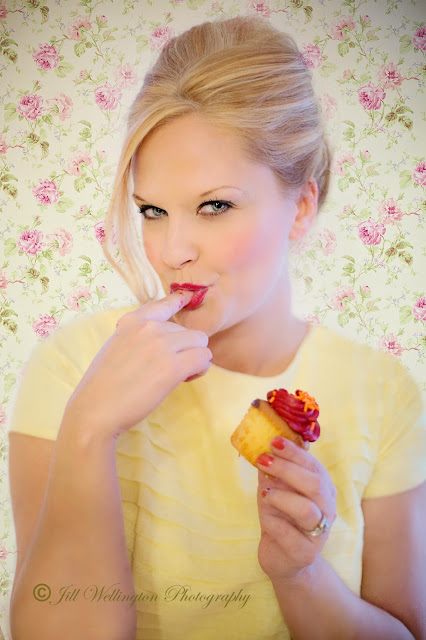 Val came up with the Halloween theme  because she bought
a poofy, 50s looking skirt to wear for a work Halloween party.

I found the cat mask on Ebay and our CAT theme was born.

While carving the pumpkins, I accidentally cut the tail off the
cat on both pumpkins and had to use toothpicks to save them!

Lucy used a wand light to illuminate Val's beautiful eyes in the mask. 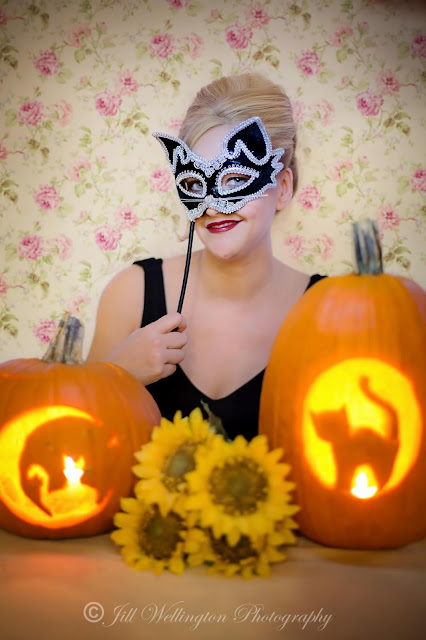 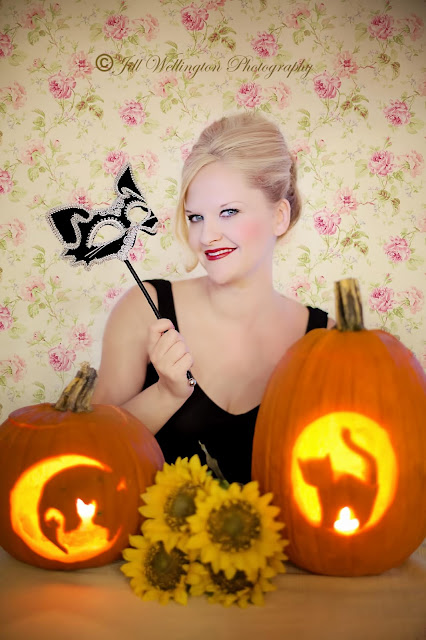 Such a cute skirt and looks very vintage with the crinoline underneath. 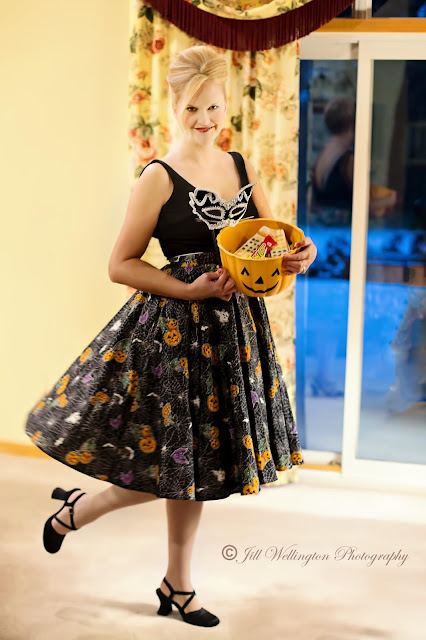 I had a grand time picking out vintage candy.
You don't see the Necco's I bought because I ate them
before the shoot! 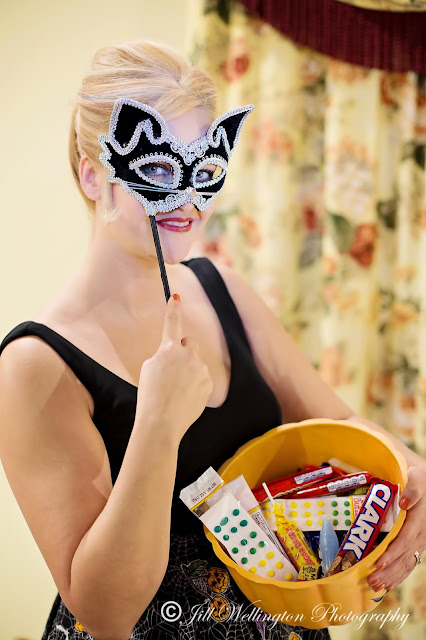 Now, for the cold part of the shoot.  It was still snowing
when we shot this! 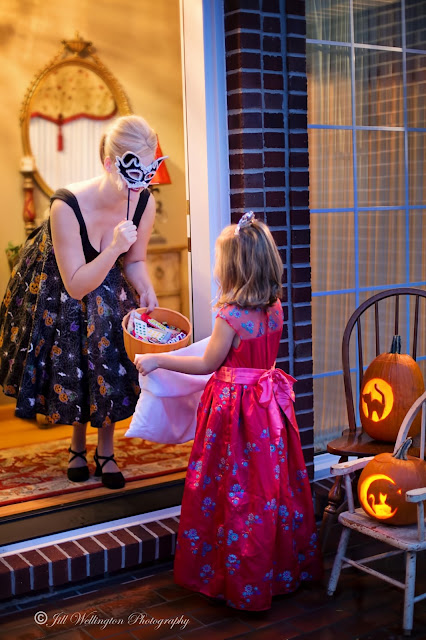 See the inch of snow on the bushes behind little Layla? 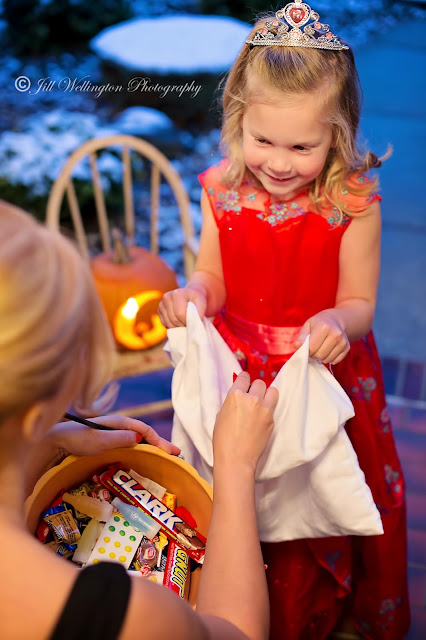 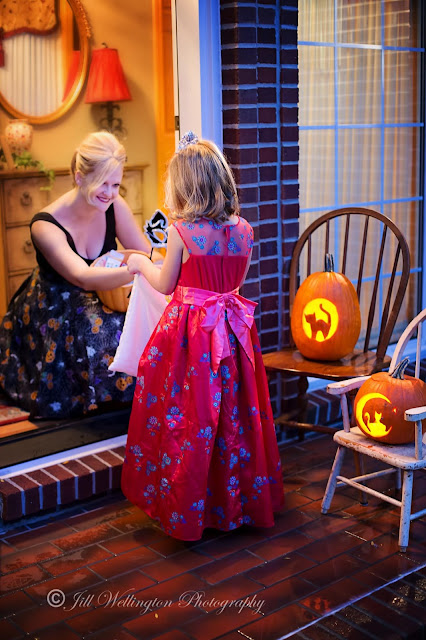 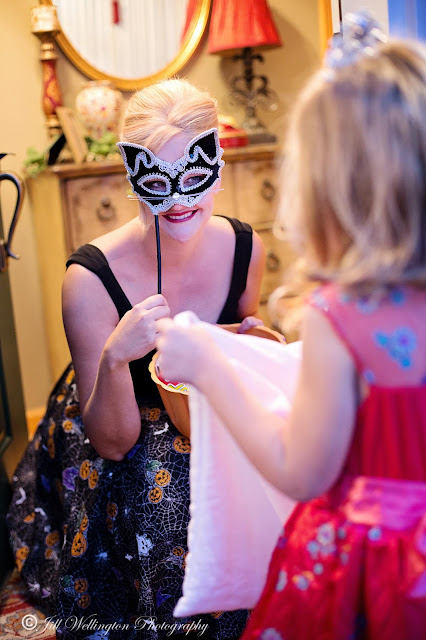 I hope you can use some of these tips
in one of your photo shoots!