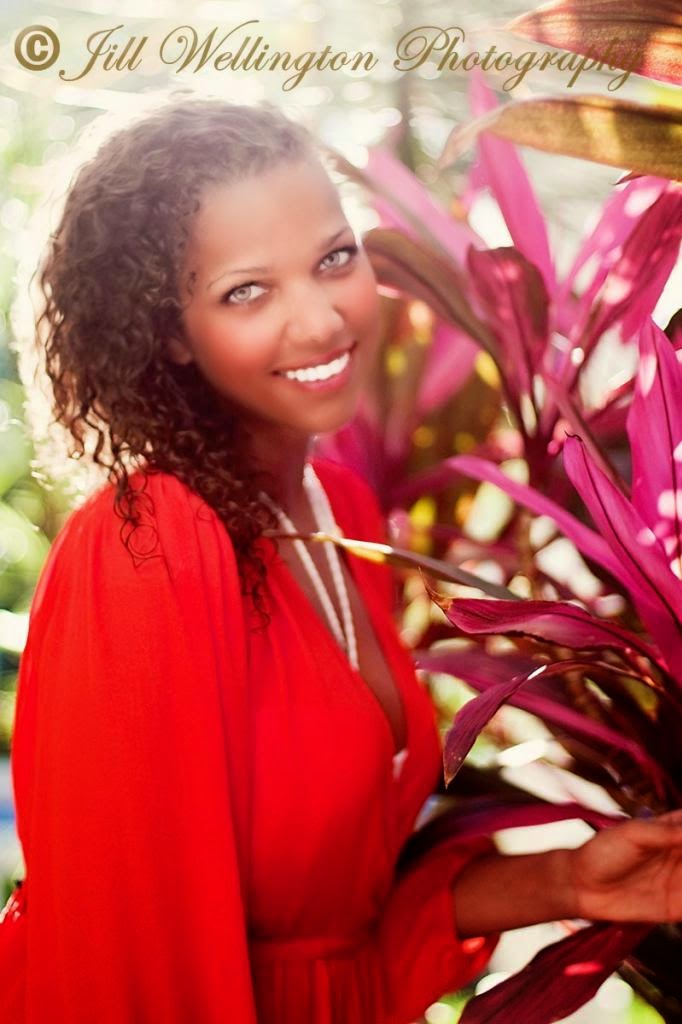 To learn more about photography,
sign up to receive my NEW Newsletter.
The sign-up form is on the upper right of this blog.
In my last blog post, I shared how I met stunning sisters Johanna
and Andrea while photographing sunrises in Cancun.
The sisters are from Stockholm, Sweden and the gorgeous
product of a South African mother and blonde, blue-eyed Swedish father.
Both have AMAZING green eyes!
I was SO BLESSED to photograph them! 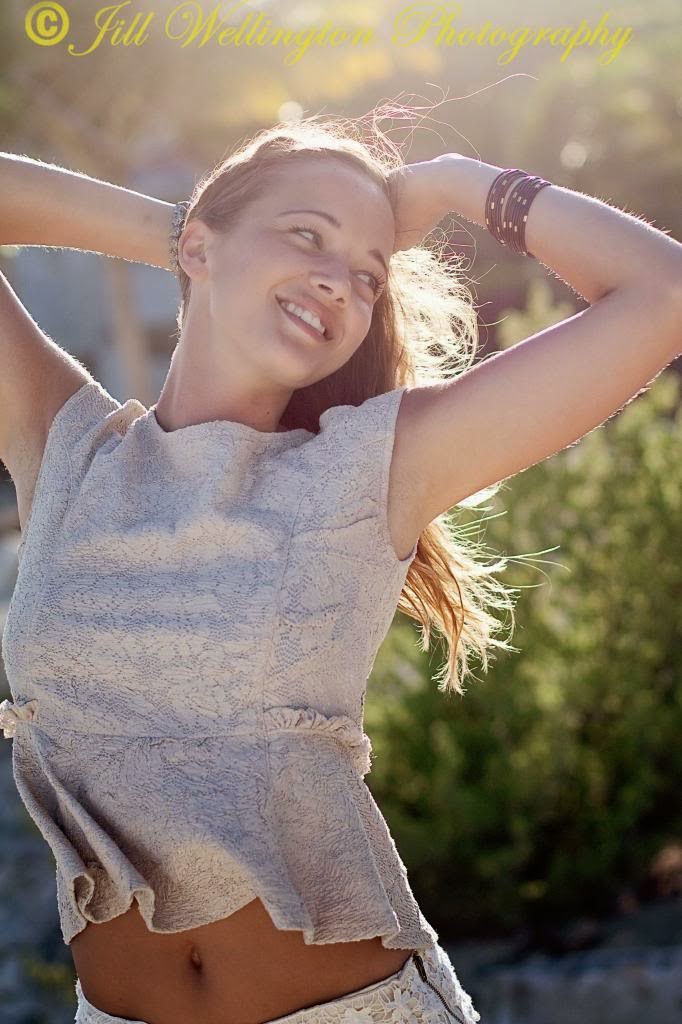 Of course, I wanted beach poses, but the bright sun direction
often creates a whopper challenge. 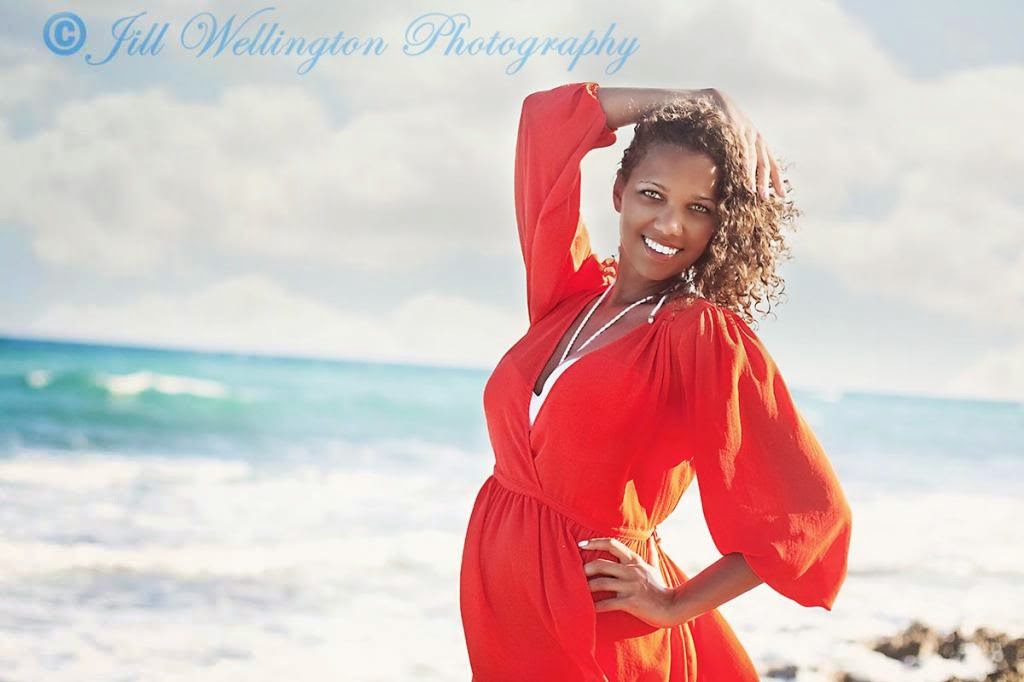 We shot at 4pm and the sun was terrible for shooting the
ocean in the background.
See the mottled shadows on her face? 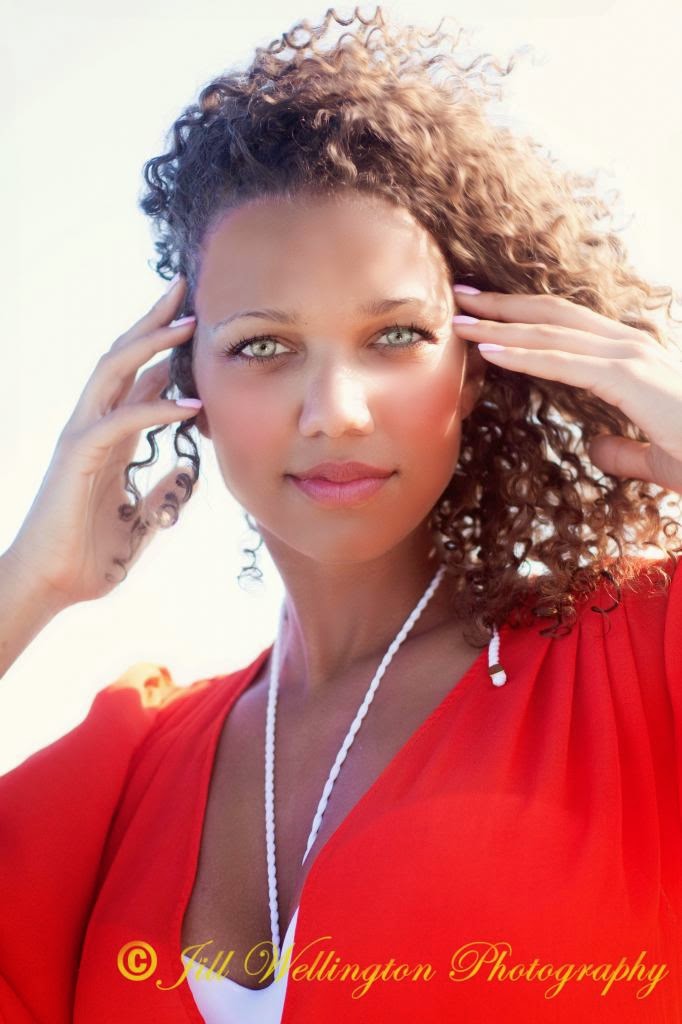 Also, the sun was shining in the subject's eyes making them squint.
I had the girls close their eyes as I counted to three...then open.
CLICK!
I told them they could close them the moment they heard my camera click. 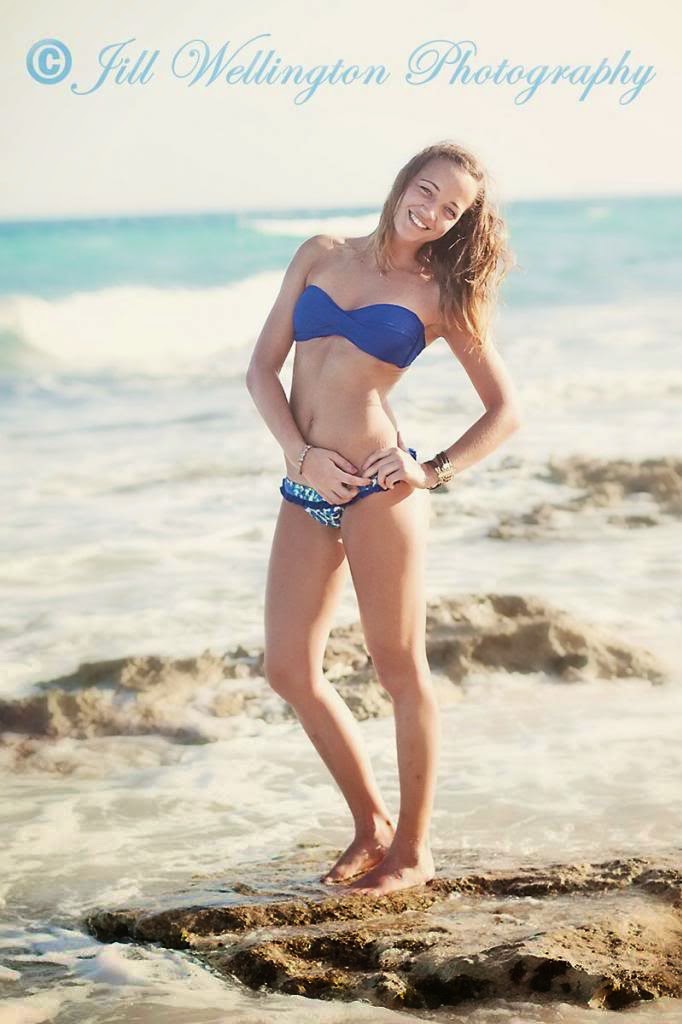 But, I still had to deal with the shadows in editing. 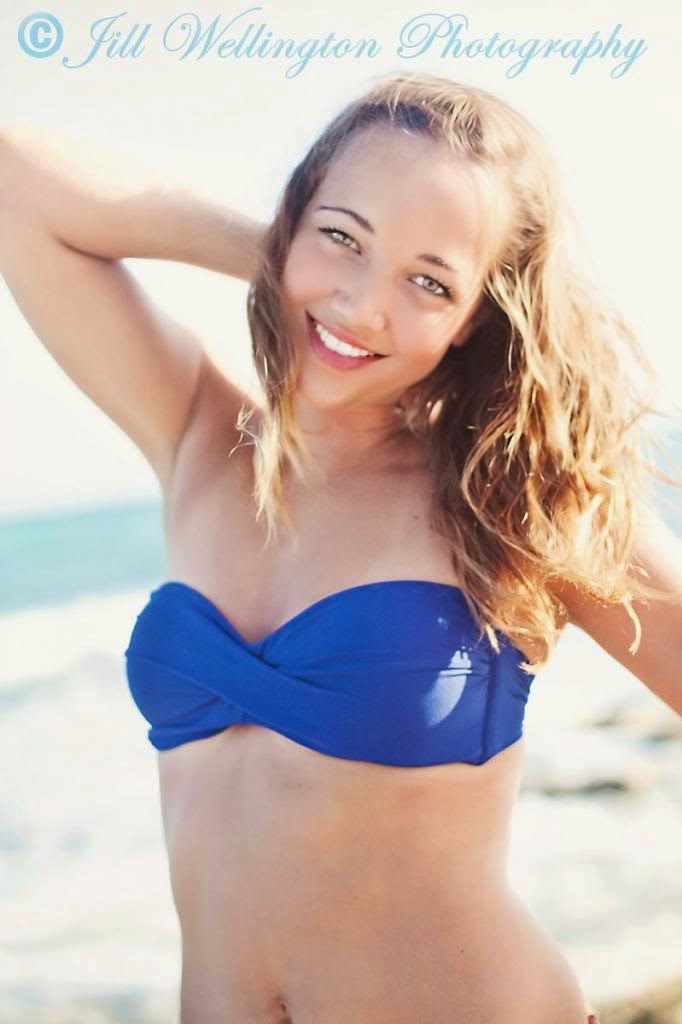 So I took the girls away from the ocean where I could photograph
them with back lighting. 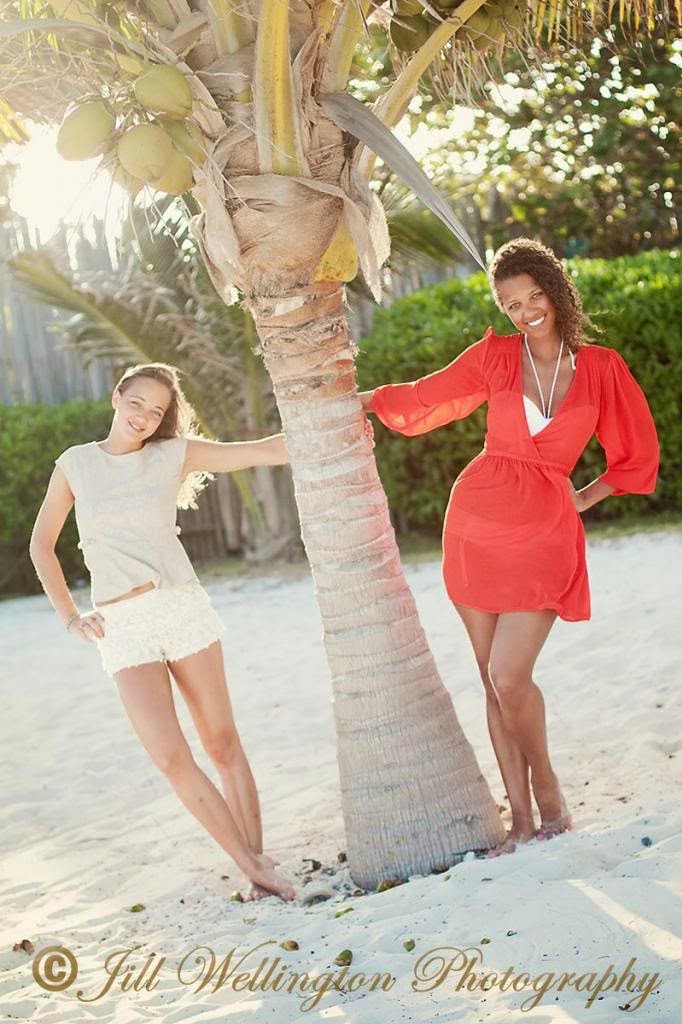 No ocean, but still a tropical look and feel. 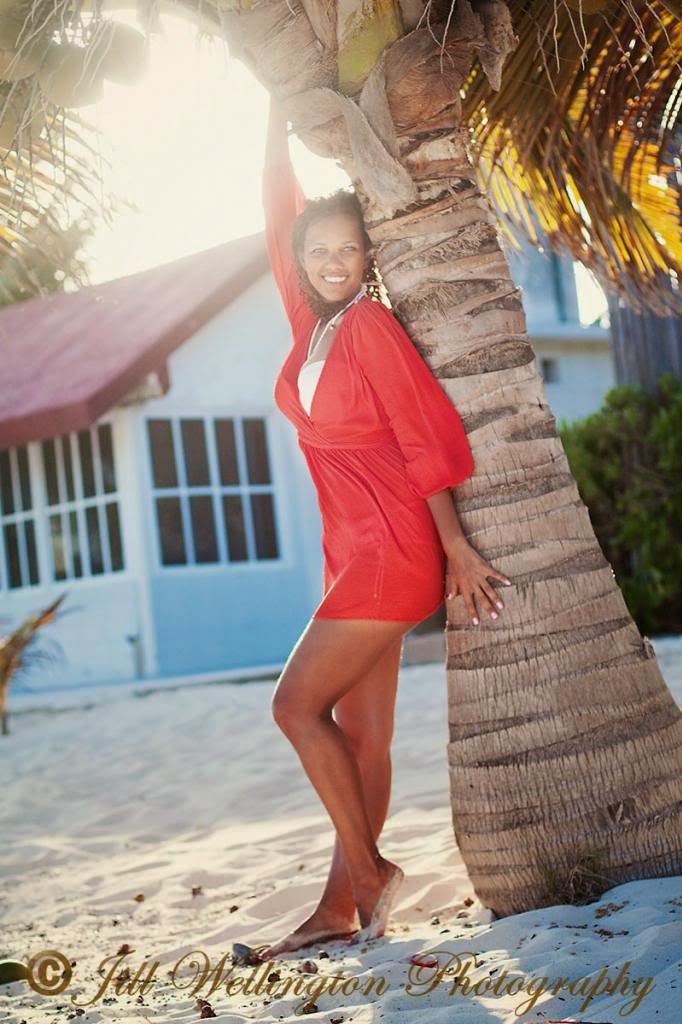 Backlighting is my favorite....the hair just GLOWS!
And, no strange shadows on the face. 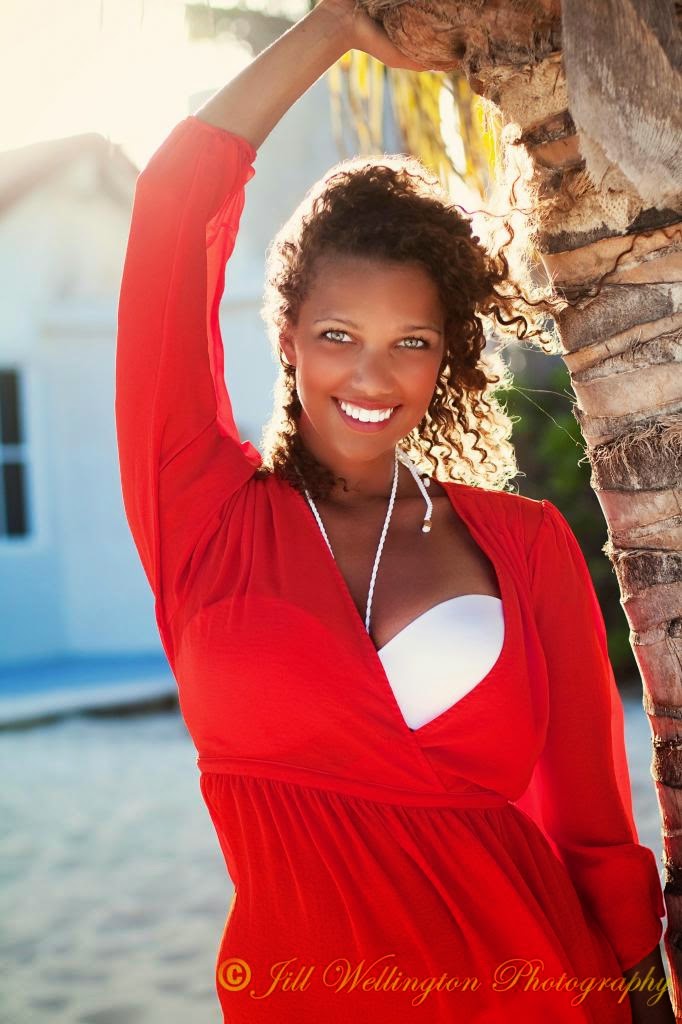 Actually, Johanna and Andrea glow all on their own. 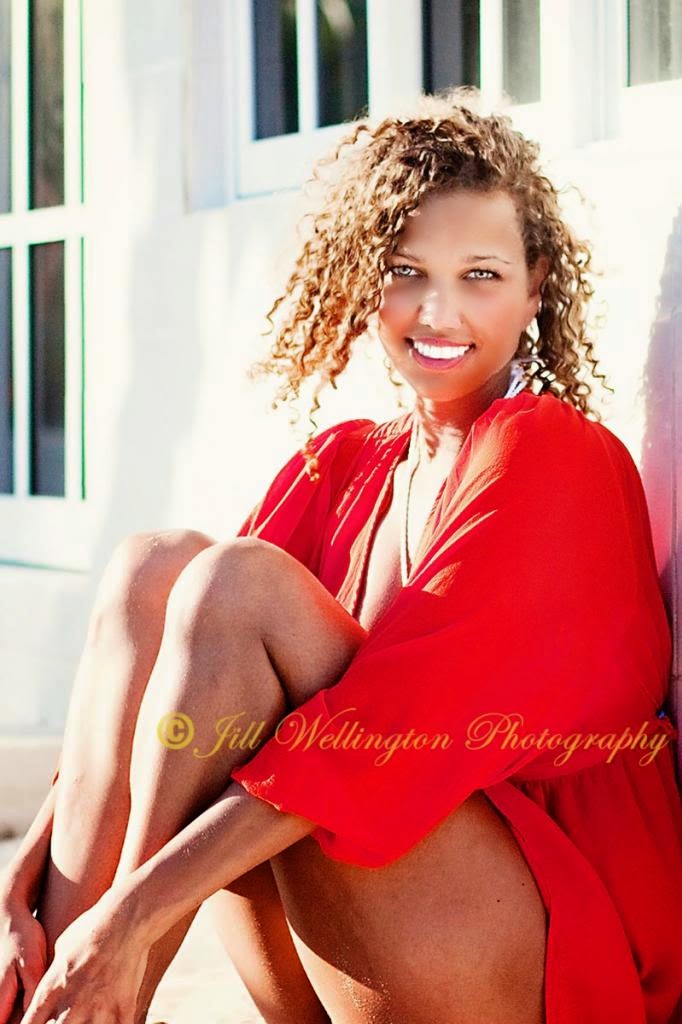 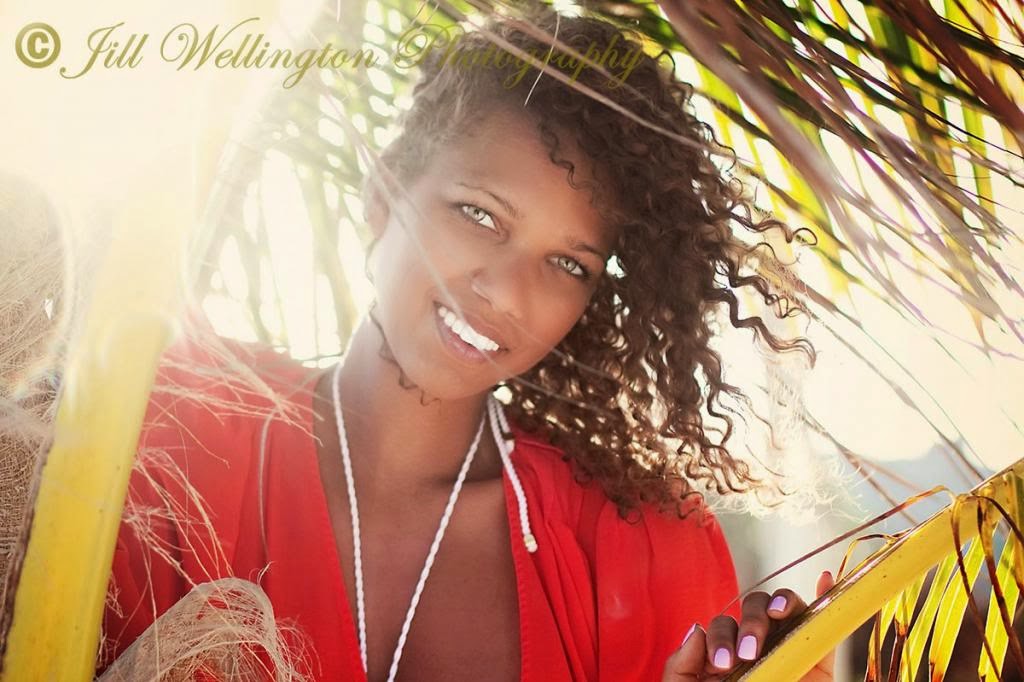 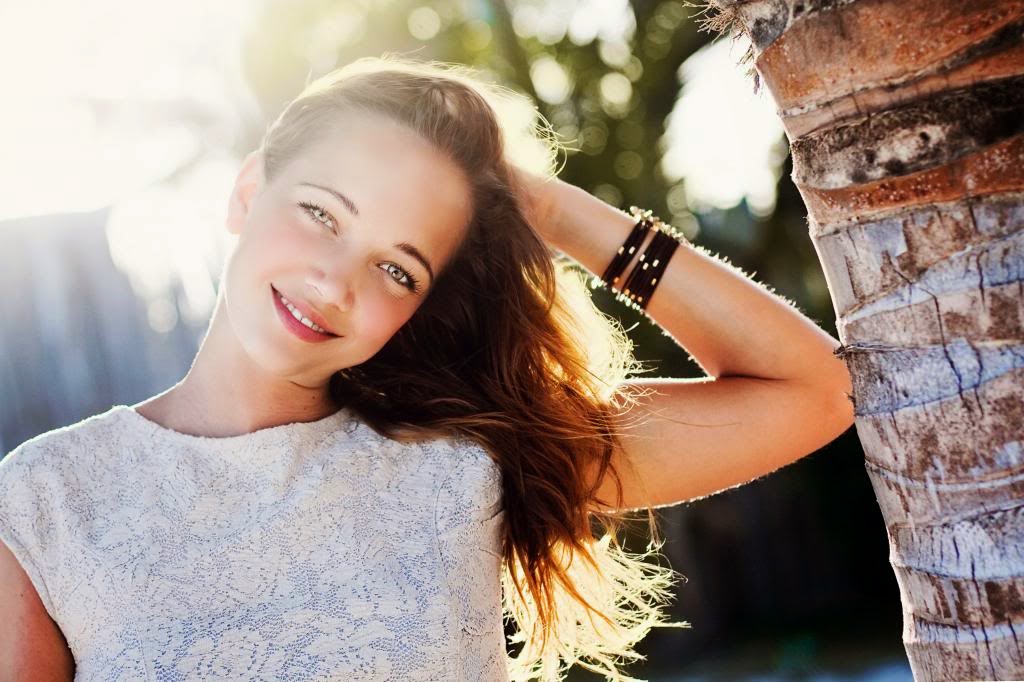 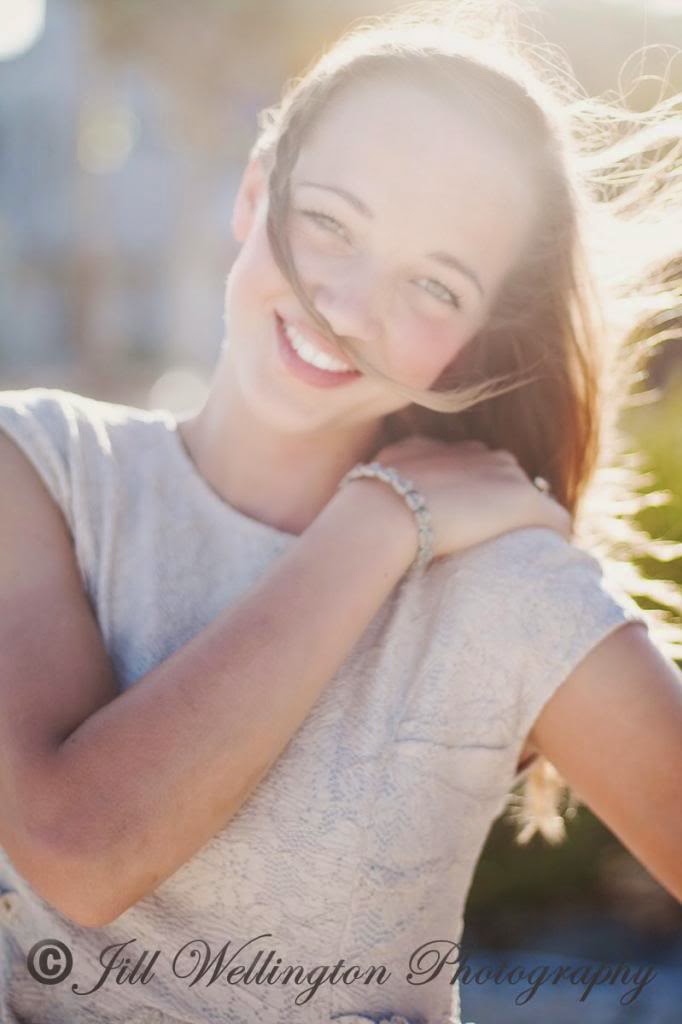 While photographing this pretty shot with the sun igniting
Andrea's flowing hair...
I lamented that the florescent ocean was not in the background... 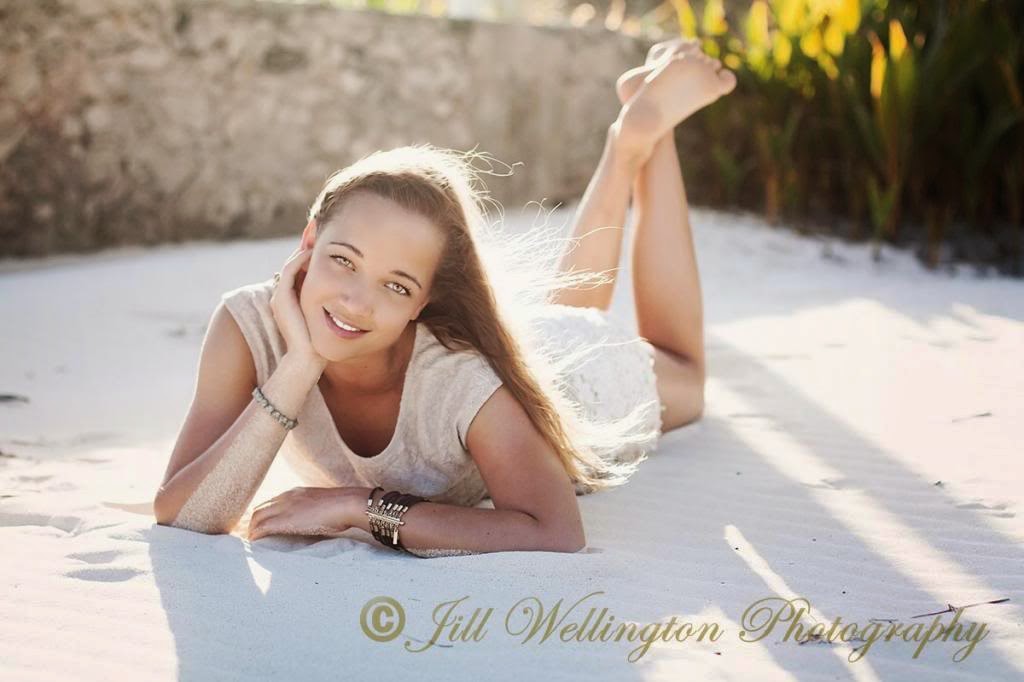 So I MOVED HER THERE in Photoshop!!!! 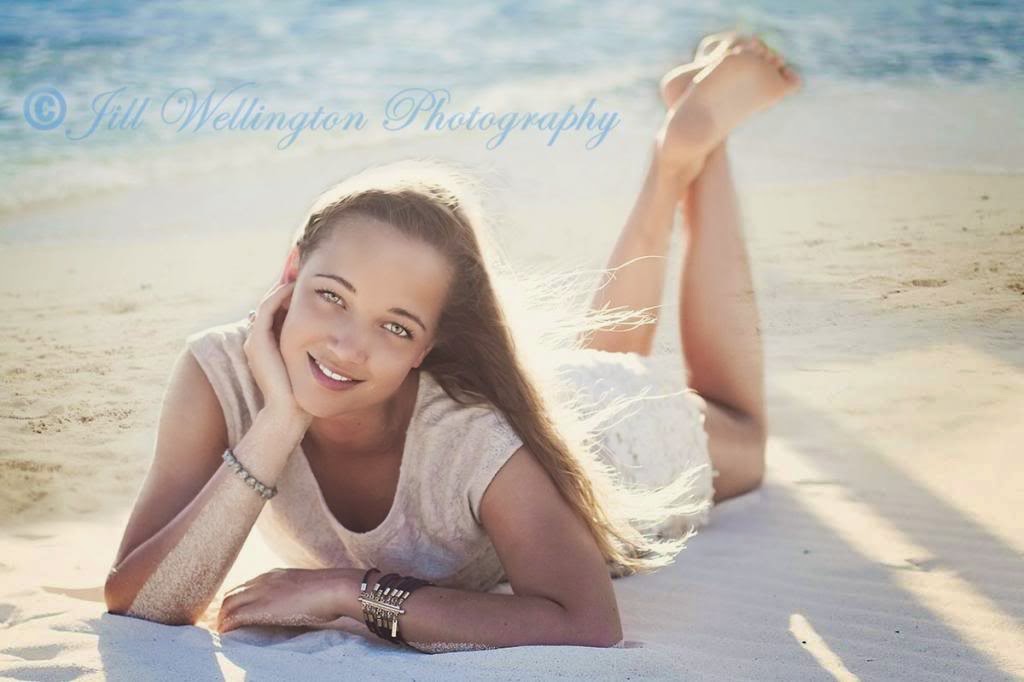 I went down to the beach at the same time of day and shot a photo at the same
angle as the original, so I could move Andrea into it.
I shot with a 50mm lens at 1.4 aperature...a very shallow depth of field,
and focused on the center area where I wanted to place Andrea. 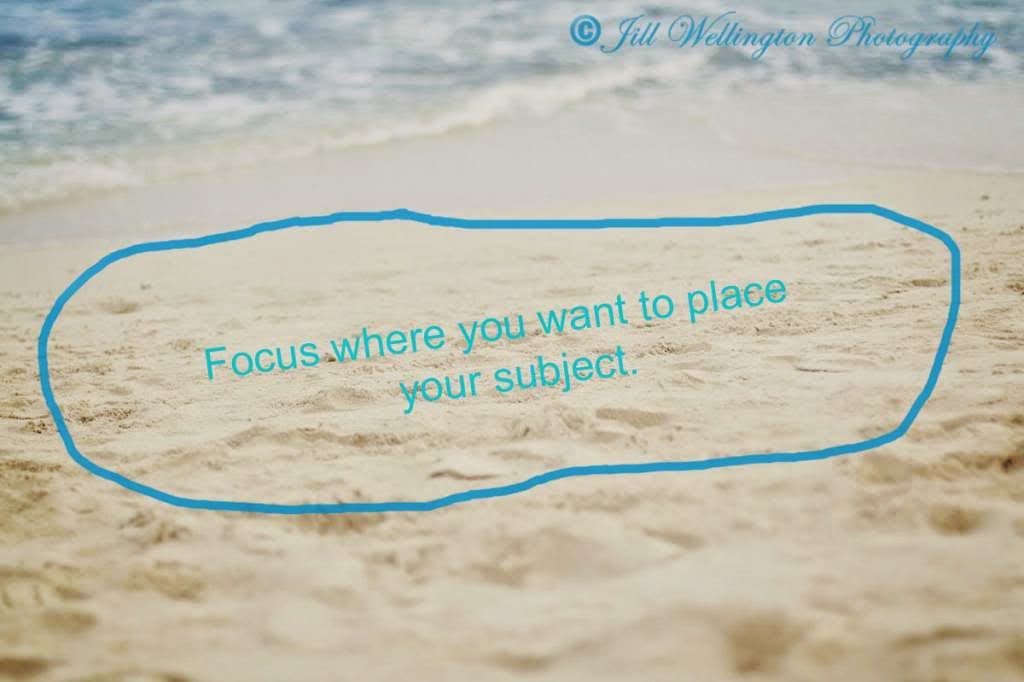 In Photoshop or Elements,  I opened the beach photo then the photo of
Andrea and selected the Lasso Tool. 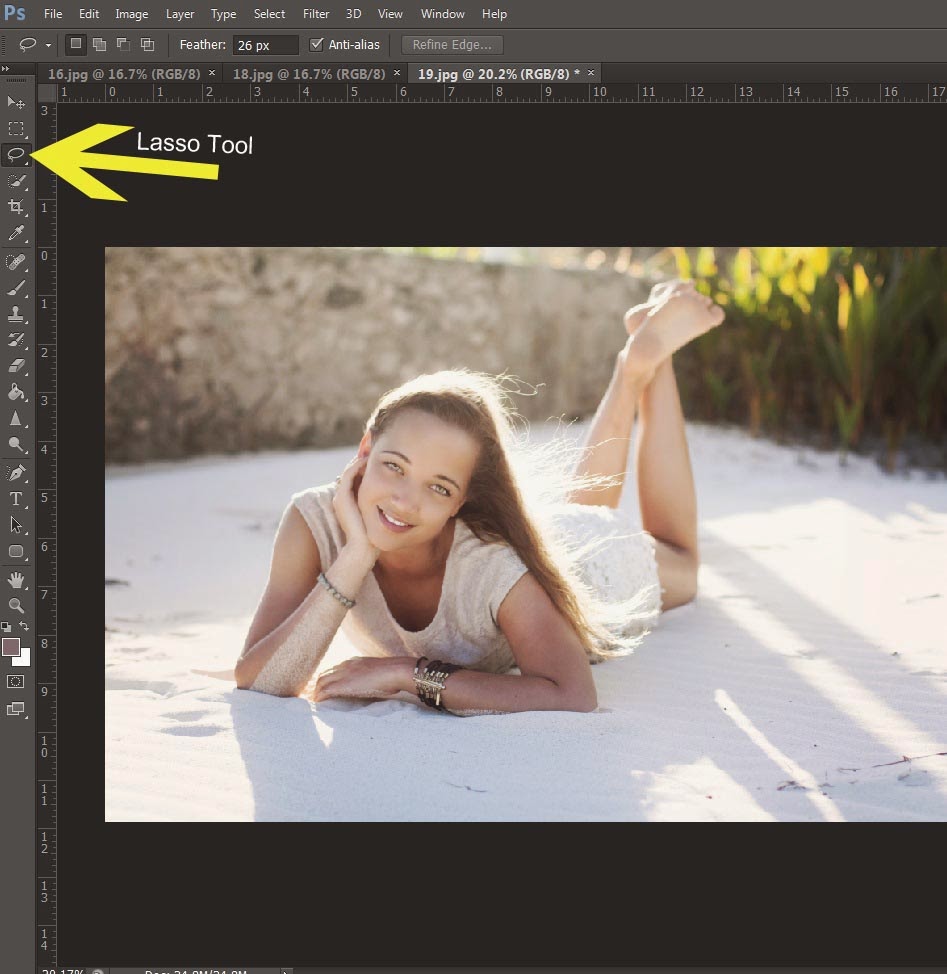 Using the Lasso Tool,  I drew around her body and included a large area
of the sand in front of her.
It's important to include the shadows on the sand so it
is realistic.  It doesn't have to be a perfect outline, we'll deal with that later. 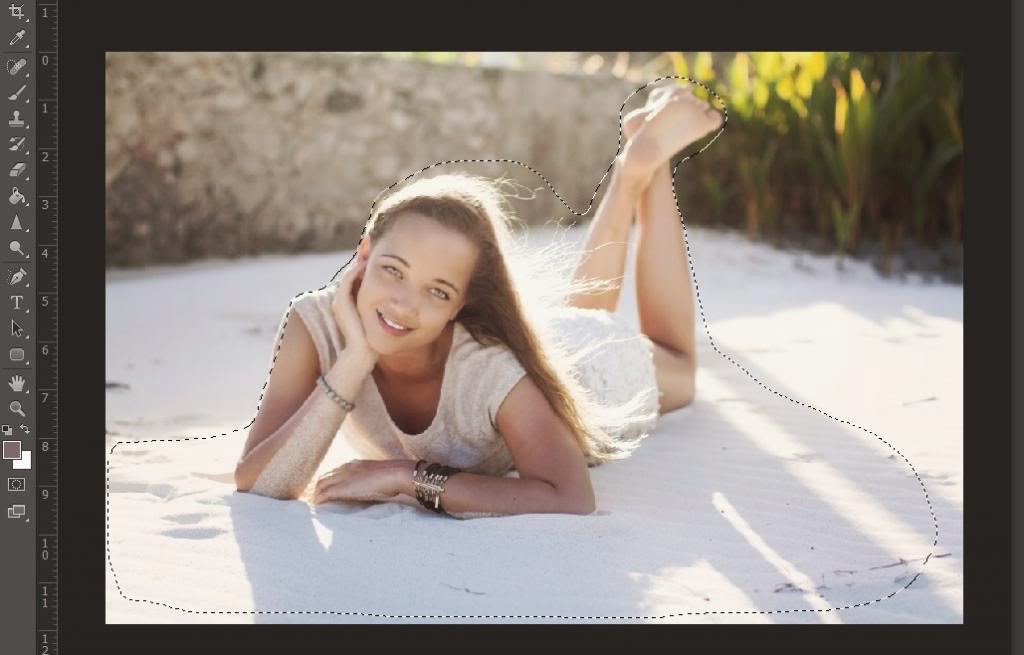 Using the Move Tool...I dragged and dropped Andrea into the beach photo.
You can resize your subject as needed.
Then I went to work with the eraser tool around her legs and body.
I lowered eraser opacity to about 30% over the hair so those pretty backlit strands remain.
I also used a lower opacity eraser to blend the sand. 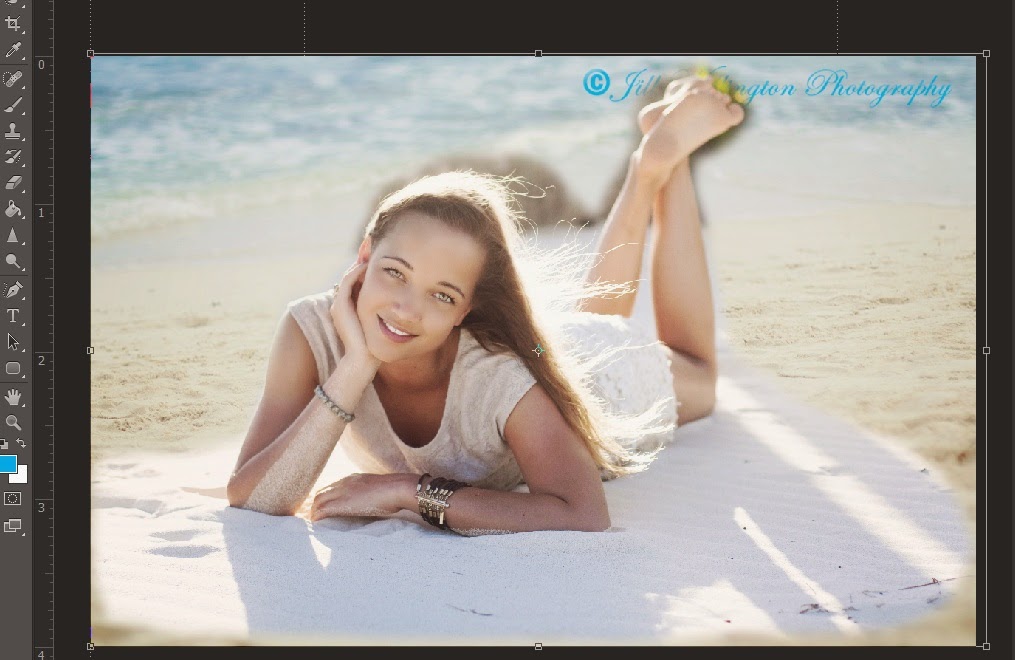 I did this with several poses and LOVE the results. 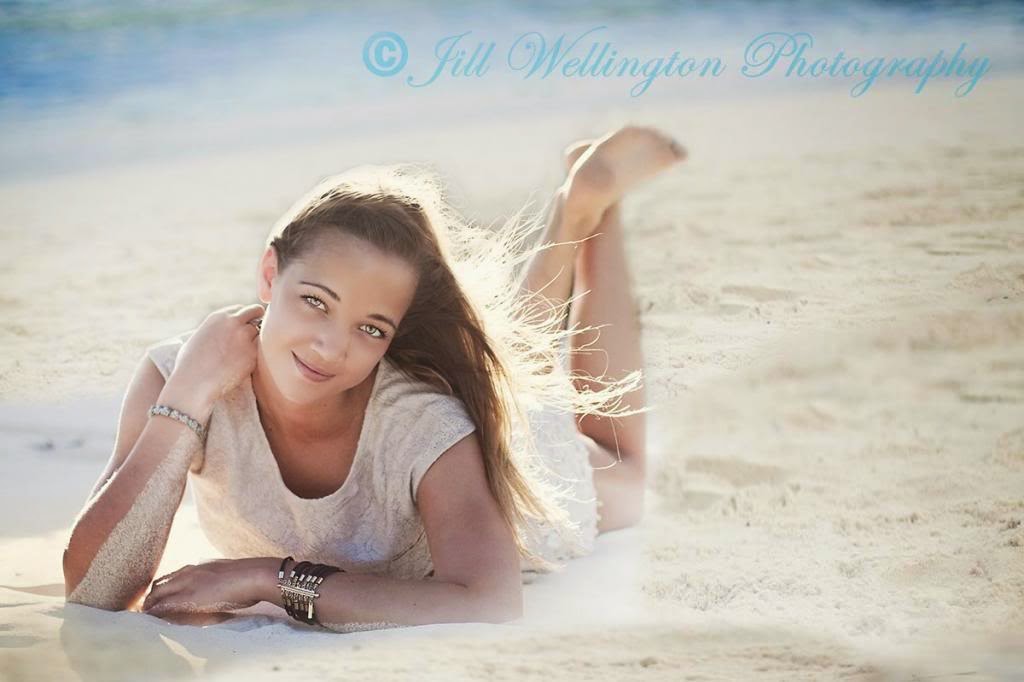 I didn't like the sidewalk leading to the pool behind
Johanna in this next photo: 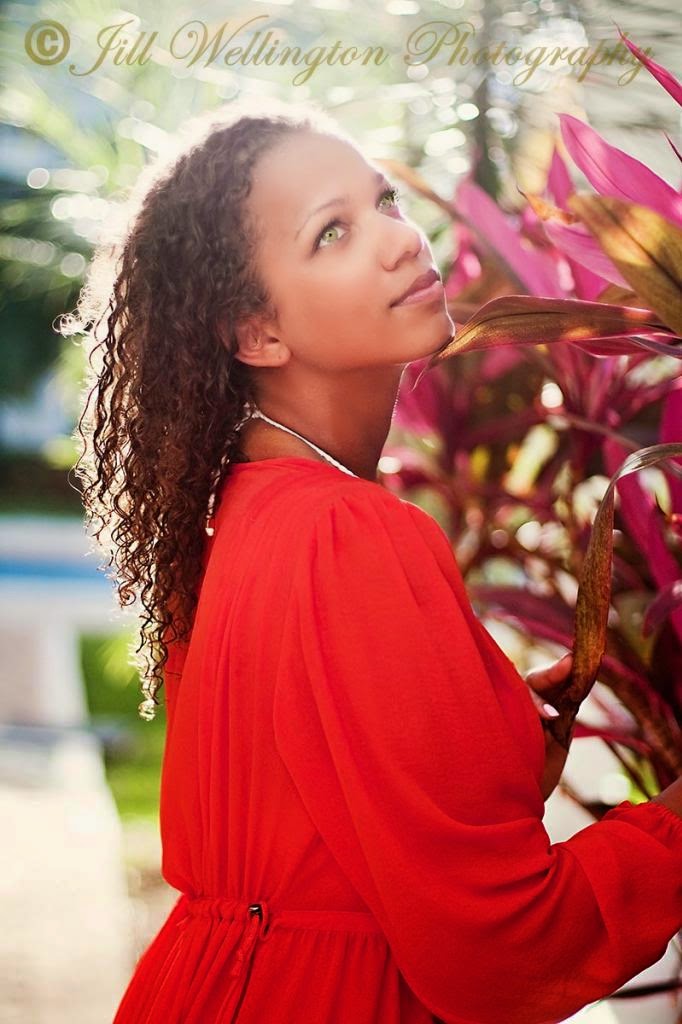 So I used the same technique to move the blurred flowers
in the far left of this photo... 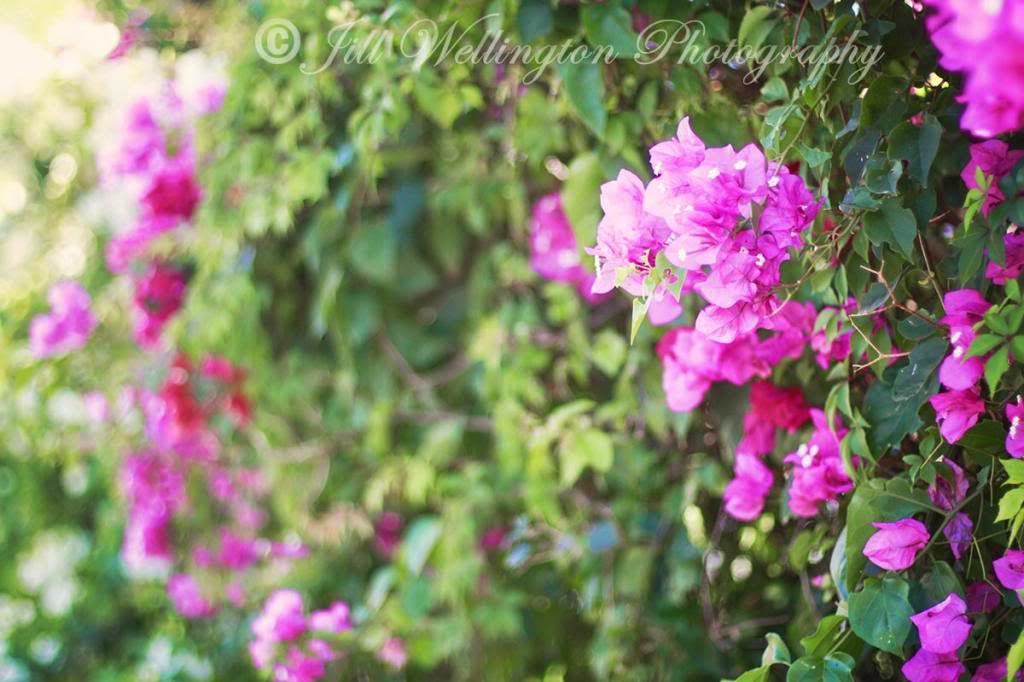 To behind Johanna in this photo: 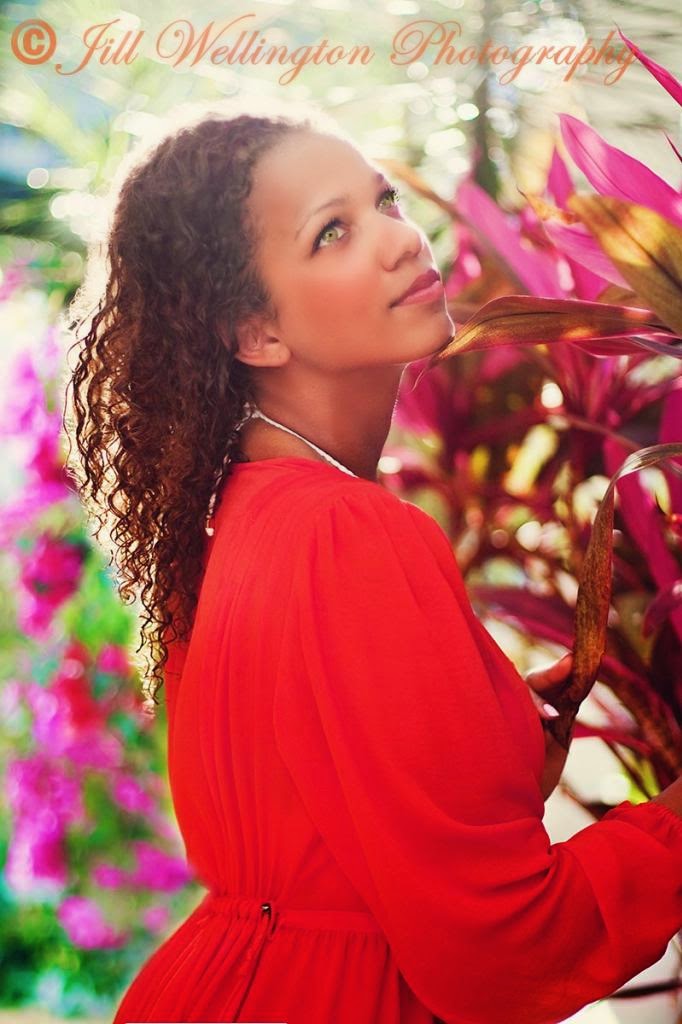 You don't have to accept a bad background....create beauty!
I hope these tips help you take outstanding beach portraits! 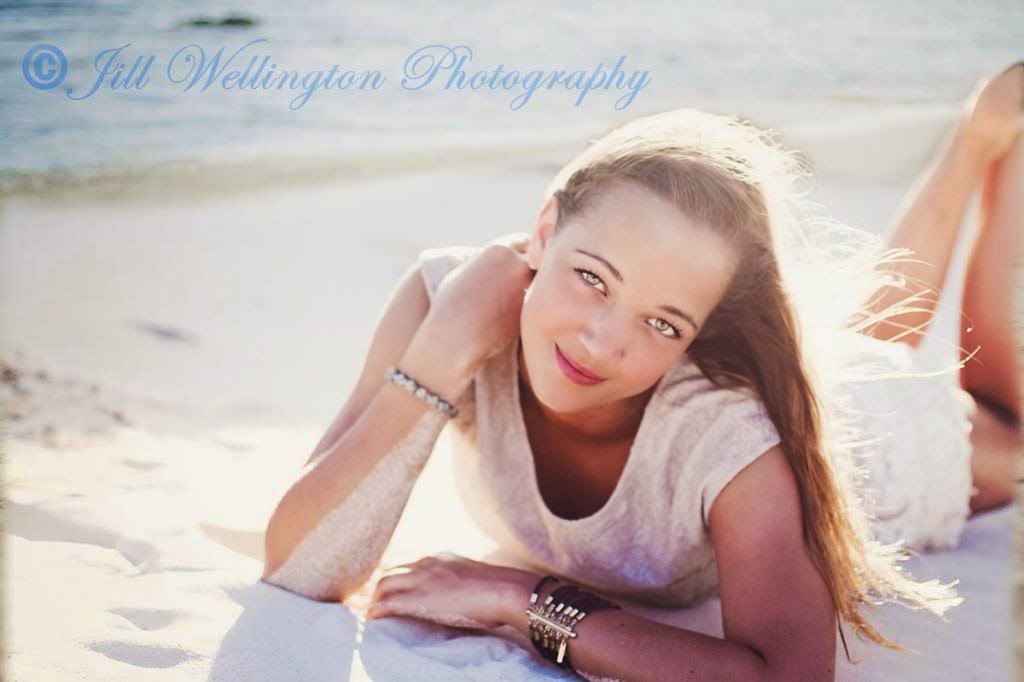